I recently participated in the Upverter + YCombinator Hardware Hackathon, where my team placed first overall.

You can find my TechCrunch interview about the event here: http://techcrunch.com/2013/02/26/y-combinator-hardware-hackathon-winner/

I went it with only an idea, and spent the first half hour trying to convince other people to spend their day hacking with me.

The hackathon lasted about 10 hours, and the goal was to design and build a prototype hardware device. For our entry, my team built a wearable force feedback glove. When worn, the glove is able to simulate the feeling of holding a physical object.

Here is a picture of the completed glove: 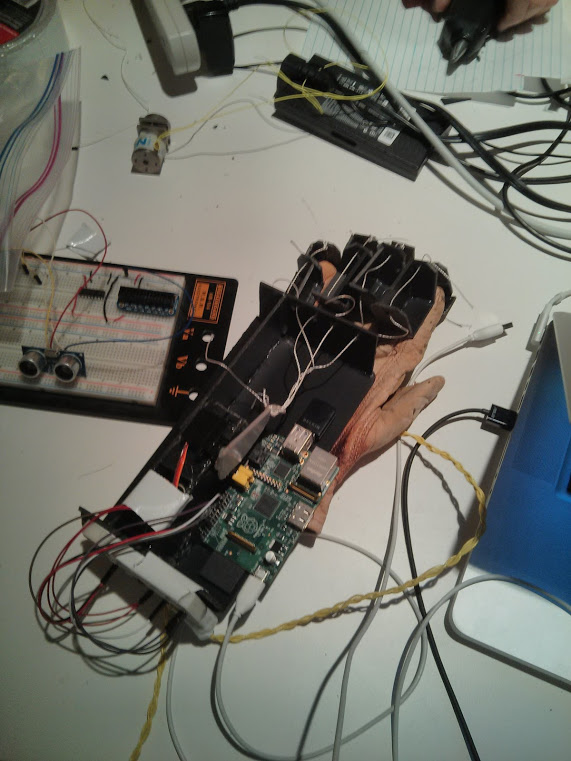 A device like this could be used for gaming, surgical assistance, or a number of other augmented reality applications. I have been interested in expanding the human-computer interface for a while, and this project allowed me to open up another channel for computers to feed back information to humans.

A length of twine is connected from the glove's fingertips, through two guiding braces, and back to a hobby servo. This is repeated for each finger. The servo is connected to a platform which is connected to the back of the glove. When the servo is actuated it pulls back on the twine holding the fingers open. Through this process we are able to simulate the resistive force of an object holding the wearers hand open. 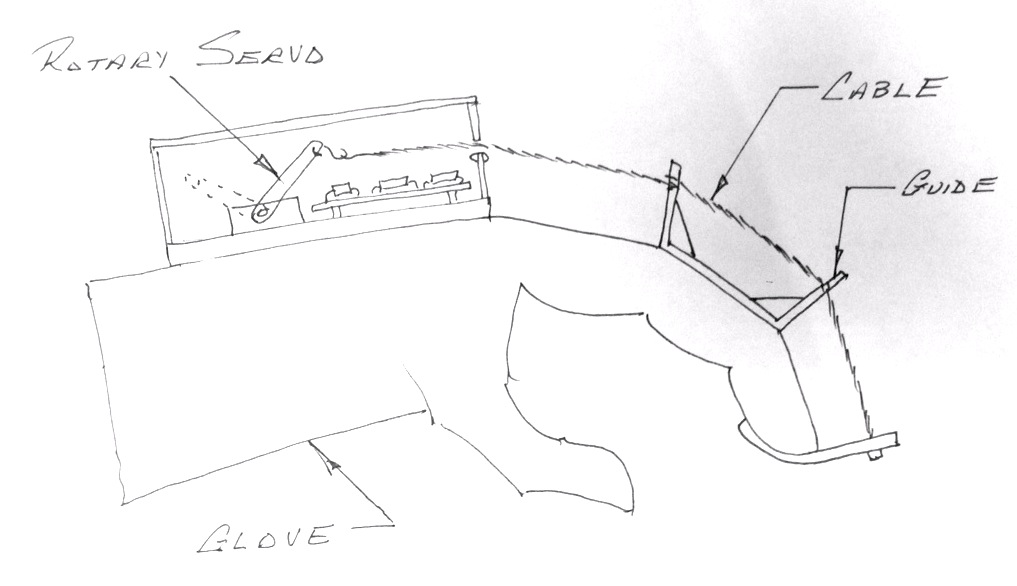 For the demo at the competition, we used a distance sensor to set the hand position. The closer your hand was to the distance sensor, the more your fingers were pulled open. This simulated the feeling of squeezing a virtual object in your hand.

The distance sensor used was a HC-SR04 Ping Sensor: 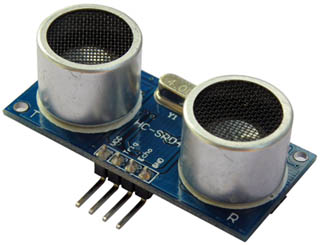 To control servos and read from sensors usually you use GPIO pins. In our case we used the GPIO pins on a Raspberry Pi. If you would like to know more about hardware control with a Raspberry Pi check out my article on that topic.

The basic idea is that you can set the voltage on a GPIO pin high (5 volts) or low (0 volts). Sending the correct sequence of high and low pulses to a servo will cause it to go to a certain position. You can also read whether a certain pin is high or low. If you connect a sensor to GPIO pin, it is able to communicate information by sending specific sequences of high and low pulses.

To control the GPIO pins I wrote a Python script that you can find here: https://gist.github.com/jminardi/5022297

This script uses a library I wrote called RobotBrain. It sits on top of RPi.GPIO and provides a higher level interface for controlling individual pins and motors. The only module used in this project was the Servo, which makes it easy to set a servo to a given position. The Servo module uses the ServoBlaster kernal module under the covers, which exposes the servo as device in the filesystem.

In the end I had a great time at the hackathon. I think we were able to put together a winning demo in part because of the power of Python. With just a few libraries you are able to reason at a high level about what you wanted your hardware to do and what your sensors are seeing. If you have ever tried doing hardware control in a lower level language, you know just how hard that can be, and as you can see, how easy Python makes it. 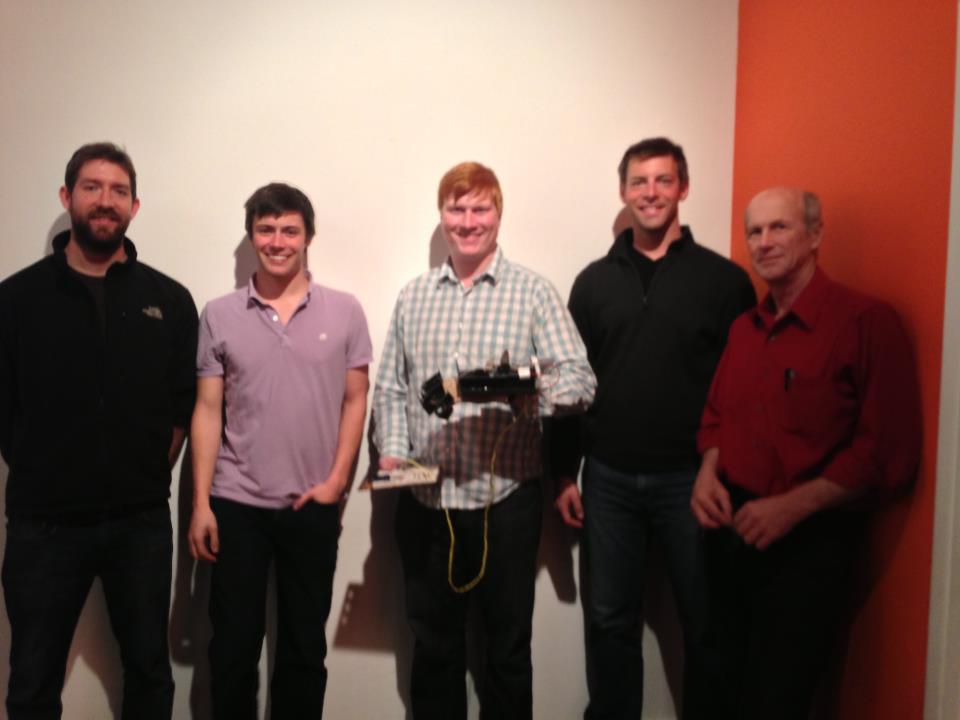 The team after our victory