I wanted to build something fun that would introduce me to hardware control with the Raspberry Pi. I decided to build a small car that could be controlled with my phone's accelerometer.

Here is a picture of the fully assembled car: 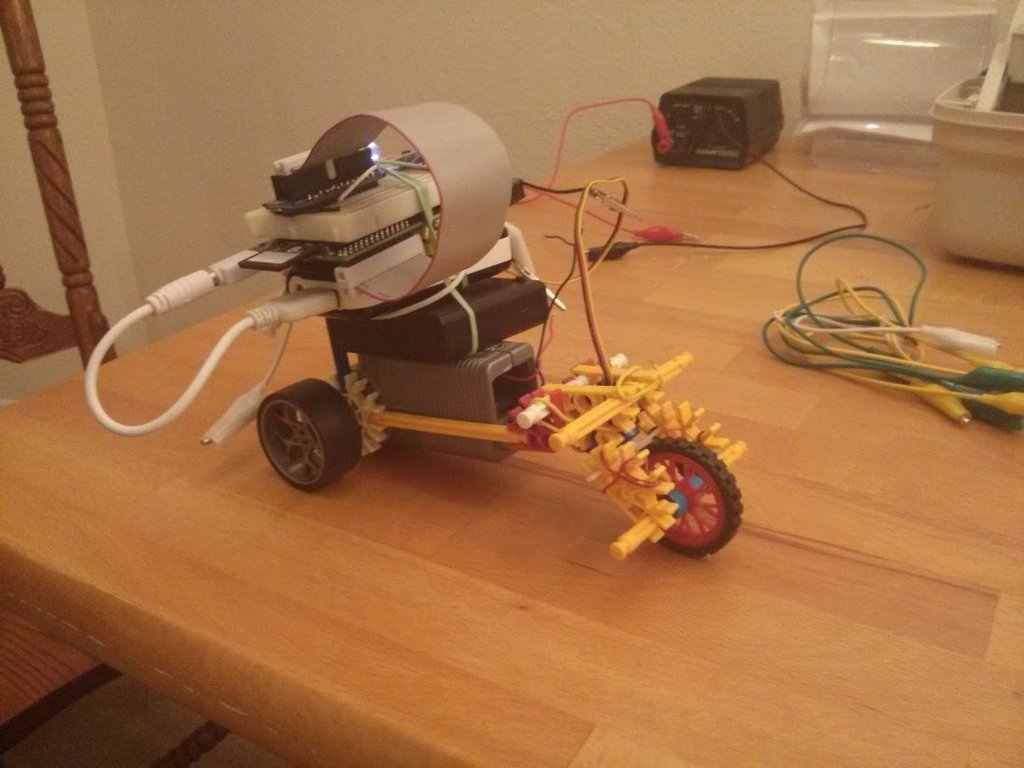 And here is a quick video of the operation:

I wrote an android app that streams the accelerometer data from the phone to the pi over a simple socket. The pi then uses this data to drive the DC motor and the servo motor. Tilting the phone to control the car feels very natural.

In this pic you can see the wifi dongle I've used: 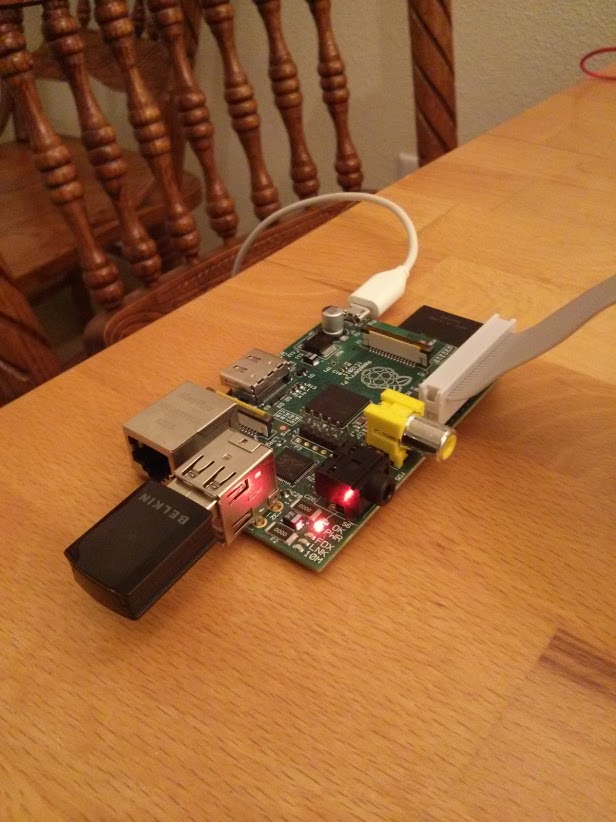 I am using Adafruit Occidental v0.2 as my OS because it has support for my wifi dongle. It also makes some hardware interaction easier and comes pre-installed with a few good python libraries.

Here is a picture of the breadboard: 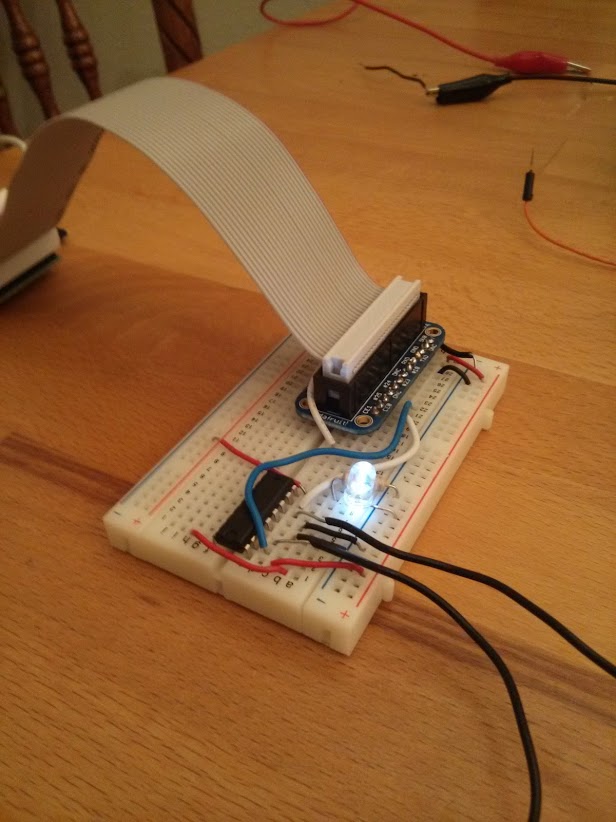 I am using the L293DNE hbridge chip for DC motor control. The two black wires you see coming off the board connect to the motor.

In this pic is the battery pack I am using to power the pi: 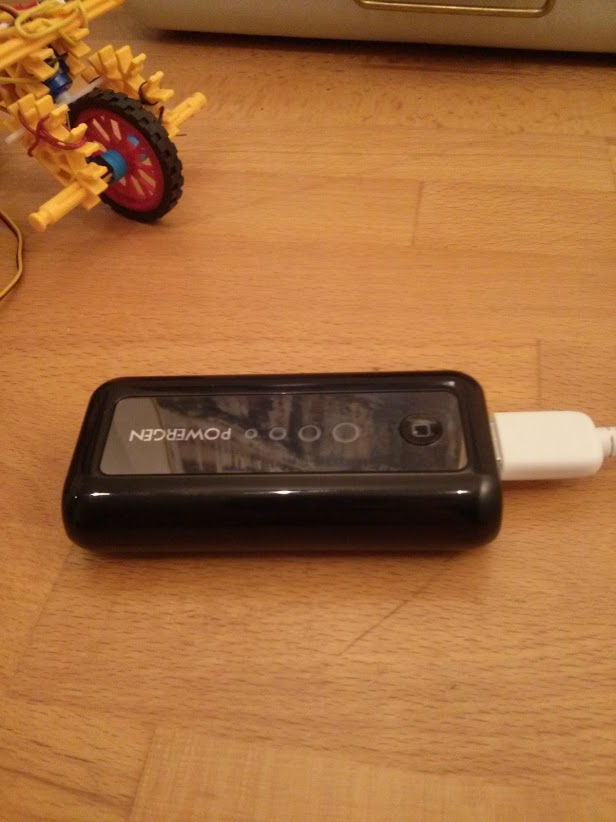 I purchased it on amazon here.

Here is a pic of the battery pack I am using for the DC motor: 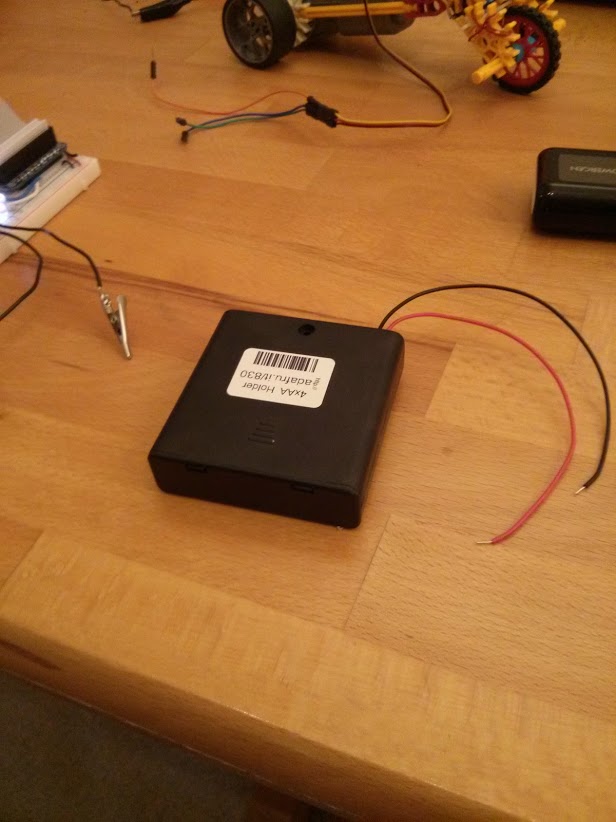 Here is a closeup of the steering servo: 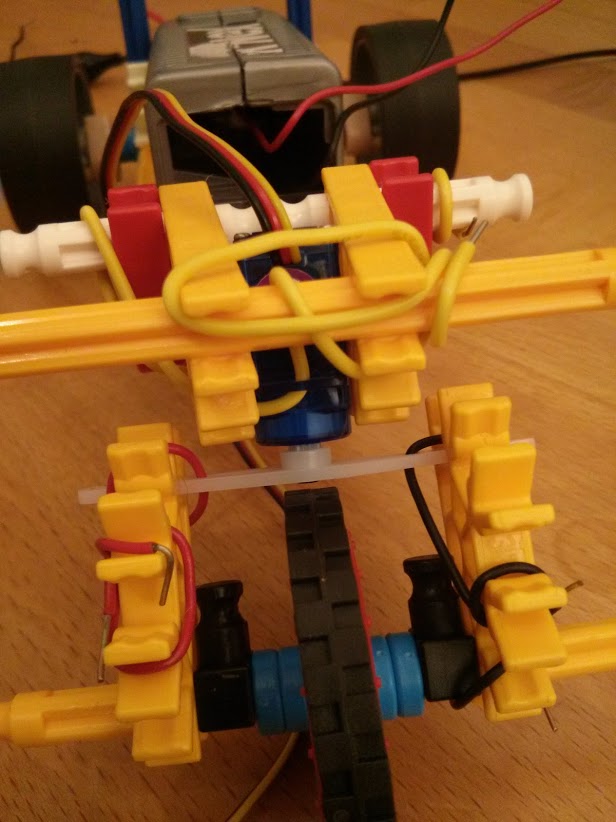 It is an HS-55 and I power it directly from the pi's 5v rail. To control it I use the servoblaster kernal module and my own servo control library RobotBrain

My next plans are to add some sensors and make it autonomous.